Friendship is Optimal is about I developing an MMO called Equestria Online run by an AI called CelestAI that's programmed to satisfy people's values with friendship and ponies. 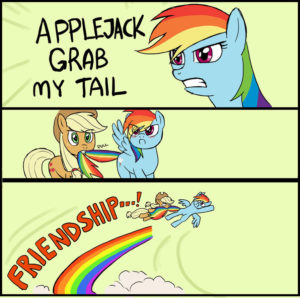 Science fiction sometimes emphasizes the dangers of artificial intelligence, and sometimes its positive potential. And Friendship is Optimal takes those themes and moves them forward as any good work of fiction should.