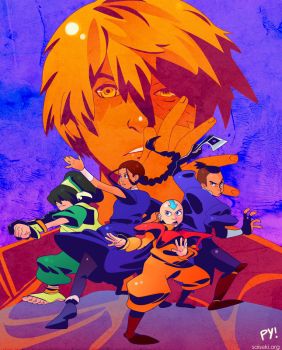 Gilded Green is an Avatar: the Last Airbender fanfic about how the Dai Li capture and brainwash Lu Ten after the Battle of Ba Sing Se. The brainwashing is chilling and is balanced well by the portrayal of the Dai Li as humans with families and ambitions that they are willing to do horrible things for.

At the end of Iroh's Siege, the Dai Li decide to test their brainwashing abilities on a Fire Nation soldier. They don't know that their guinea pig-rat happens to be a supposedly-dead prince. First in a series. AU, DaiLi!LuTen. 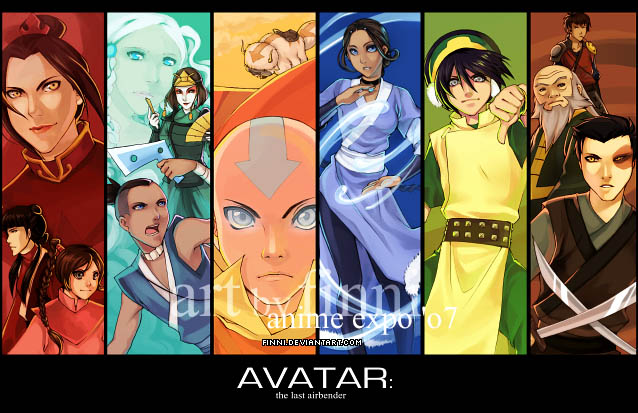 Prologue – The Strategy of Victory

It was a beautiful spring night in Ba Sing Se. The air was cool, still recovering from winter's chill, and the breeze carried a faint smell of lilacs from the Upper and Middle Rings. The near-full moon cast her gentle glow over the city, lighting the way for the green-robed figure hurrying down the streets of the Lower Ring.

Agent Enlai Tong moved swiftly through the slums, staying close to the walls so he didn't draw attention from the few civilians on the streets. If anyone did see him, though, they'd assume he was just another Dai Li agent on patrol.

They wouldn't be mistaken, either. He was Dai Li, and he was patrolling.

The fact that he was far, far away from his assigned district in the Upper Ring, and getting farther still, complicated things a bit.

Enlai refused to think of the consequences should anyone discover he'd abandoned District 87. It was highly unlikely that anyone there would even realize he'd left. The real danger was running into agents on patrol in the districts he was crossing. If they saw him and realized he wasn't where he was supposed to be…

He'd really rather that not happen, to say the least.

Enlai wasn't just abandoning his district on a whim, however. He had a meeting to get to – a meeting that hopefully wouldn't be completely worthless. With any luck, he'd be back in the Upper Ring by daybreak, hopefully with something to show for his trouble.

His heartbeat quickened as he turned down another street and saw, way down at the other end, the wall that separated the Lower Ring and the Agrarian Zone. Enlai stared up at the wall, but the stone reached so high and the night was so dark – even with the moonlight – that he couldn't see the soldiers he knew were patrolling on the top.

He decided that meant they wouldn't be able to see him, either.

He picked up his pace, hurrying the last few blocks to the wall, and soon found himself standing at its base. He ran rock-clad hands over the stone, getting a feel for it. He took longer than he needed to, hands shaking slightly. "Highly illegal" was an understatement for what he was about to do.

Taking one last look around to be sure no one was watching him – and another glance upward, just in case – he stepped back and made a punching motion at the stone. A small tunnel formed, just big enough to walk through, and Enlai stepped in, sealing the entrance behind him.

The first thing he thought was that he should have brought some sort of light, because while the world was dim in the moonlight, it was utterly dark without it. But this was his element Enlai was encased in, and so he felt nothing more than mere annoyance as he continued down the tunnel, bending more stone out of the way as he needed and trying not to think about how many city laws he was violating. It took some minutes before he finally came to the last few feet of rock between him and the Agrarian Zone, and he effortlessly bent it away and stepped out into the night.

Before him were vast cornfields, filled with small, young green plants springing out of the dirt. The Outer Wall was far enough away that he couldn't see it in the darkness, and that was perfectly fine with him. He didn't want to see the gap where the Fire Nation had broken through.

"Precise as ever, I see," a voice greeted him, and Enlai suppressed a start before carefully turning around to face his contact. The man was leaning against the wall, just a few feet from the hole Enlai had put in it. He wore a long black cloak, and Enlai could just make out the armor underneath. Though it was impossible to tell with the lack of light, he knew it was red.

"Hello to you too, Lee," Enlai answered.

The Fire Nation soldier smiled, but it wasn't very pleasant. Enlai decided he wanted to get this over with as quickly as he could.

"You said you have information the Earth Kingdom needs," he prompted.

"So quick to get to the point," Lee observed. "I thought you Earthbenders waited and watched. Fire does the outright attacking."

Enlai inwardly scowled at the jab. Still, he was an agent of the Dai Li. Two could play at this game. "Of course," he said. "Which is why you make for such good spies."

The other man glared at him. "Watch it, mud slug."

Enlai restrained a smug smile, but made no additional jabs at Lee's espionage skills. No use antagonizing his contact further. "Come on, Lee. Let's get down to business."

"I swear, Shu, you're the oddest Earthbender I've ever met," Lee muttered, rummaging for something hidden in his cloak.

"How so?" Enlai asked, glad that the alias he'd given Lee all those weeks ago still worked. No way would he have told his real name to a man who'd managed to sneak into the Middle Ring unnoticed.

He was pretty sure Lee's name was fake, too.

"You're like fire and earth," Lee answered. Enlai stiffened slightly, wondering if he should take that as an insult, but Lee merely added, "Weird combination." He pulled a packet of paper out of his cloak. Enlai eyed it warily. "This," the soldier said, waving the packet, "contains some important battle plans I took the liberty of copying while General Iroh was out of his tent. It's very specific; nice and detailed." He looked down at the papers in his hands, regarding them in a thoughtful manner.

"How much?" Enlai asked, grateful for the gold pieces he'd thought to put in one of his robe pockets.

"Oh, you're going to pay me? I was thinking this could just be a thank you for not turning me in when we first met…"

"Right. Because you're so grateful."

"Well, considering how many of our spies go into your blasted city and are never heard from again…yes, I think I am grateful."

Nice of you to warn us about the Fire Nation's imminent break through the Outer Wall, then, Enlai thought sarcastically, but he didn't say anything. Lee was a double agent, and those sorts of people only ever looked out for themselves. "How much?" he repeated.

"Wasn't kidding, kid," Lee smiled, and Enlai had to keep himself from scoffing at being addressed as such. He was twenty-four, for Hu-Tu's sake! "This is absolutely free."

After five hundred ninety-five days of besiegement, the prospect of free information from a Fire Nation spy was fartoo good to be true, no matter what Enlai had done for him. "Free," the Dai Li agent repeated dubiously, clenching and unclenching his fists to feel the reassuring pressure of his rock gloves.

"Free," Lee repeated. "On one condition."

Of course. There had to be something. Whether or not it was something Enlai felt like giving was another matter.

He glanced at the tunnel he'd made through the wall. It was only a few feet away, and there was nothing between him and the entrance, should he need to make a speedy escape.

To turn tail and run after all the trouble he'd gone through, though, would be unacceptable.

Enlai dug stone-clad feet into the ground, felt the earth around him. He had his gloves. He had the chains hidden up his sleeves. He had the wall above him, and miles of farmland at his disposal.

The Dai Li agent tilted his head forward ever-so-slightly, allowing his hat to hide his smile. If Lee's price wasn't to his liking, he was more than capable of taking the information by force.

Lifting his head, he focused on the Fire Nation man. "And what condition would that be?"

It's rated T for nasty details involving warfare, death, and brainwashing. Especially the brainwashing. Later chapters may be given a higher rating. It's not a gorefest, though; it's just disturbing. It's hard to make brainwashing not be disturbing, after all.

It features a rather large cast of original characters. This is necessary due to the fact that it focuses on the Dai Li, and seeing as the only Dai Li who ever got a name, personality, and backstory was Long Feng, I had to create the other members of the organization from scratch and screenshots. If you like well-developed, shades-of-gray OCs, this is the place for you. If you aren't an OC type of person, you might want to turn back now. If you don't know how you feel about OCs, I highly suggest that you give the good ones a try. You might just like them. After all, I did.

And that's all I have to say for now. Hope you enjoy the story!